A lot of us think about golf as an individual competitive sport. And in essence, it is. However, you can turn the sport on its head with a few really awesome team golf games.

As a matter of fact, there’s quite an extensive list of fun golf games you can play with your friends to blow some steam off and have a great time. These are a great way to relax, unwind, and have a few laughs on the course, which can often turn into an environment that takes itself too seriously.

Like all other sports, golf should be fun: and with these team golf games, Meridian CondoResorts will show you that there’s more than one way to enjoy your time on the green. 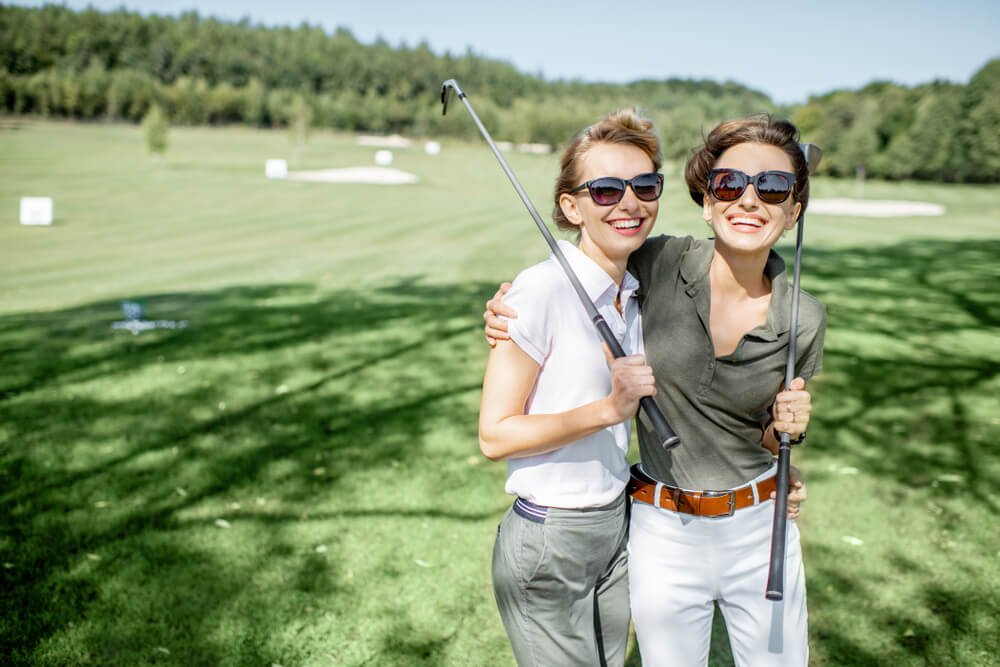 There are quite a few two-player golf match variants, and some of them will be equally enjoyable with even more people.

You can play this team golf game in groups of two, three, and even four. In Skins, you get a point for each hole you manage to win instead of winning if you have the lowest score.

For each hole you win, you get a single point. In the end, the player that managed to win the most points will be the winner.

This can also be played in groups of two or three, and it can be among the top golf games for four people as well. Apart from your golf gear, you will have to bring a string and scissors to play.

First, you will have to figure out each player’s handicap. For example, if somebody in the group is a ten handicap, they will get ten feet of string.

When you start playing, you can use the string to move your ball in any given direction. You can use it to get out of hazards when you go out of bounds, and so on.

When you manage to pull off a birdie, you can even get back a foot of the string.

This is your traditional game of golf where you record the number of strokes you need to finish a hole, and the person who has the lowest score will be deemed the winner.

This is another of those fun golf games people can play as a duo or in larger groups. In Nassau, the round is split into three different segments. The players with the best score on the front and back nines get each a point, and the person who has the best score overall will also be granted a point. To make it even more interesting, you can make bets for each part.

This golf game is pretty similar to stroke play, but you will get points for the score you earn instead of basing the score on the course’s Par. A birdie will be three points, a par will be worth two, a bogey one, an eagle is worth four points, while a hole-in-one will be worth five.

If you are looking for golf games for four players, the Portuguese Caddy can be a great option as it can be played in larger groups as well. Before you start to play, you discuss how many mulligans you will be able to get each round. Then, you can take a mulligan each time you want to reposition the ball.

You can also play this game as a trio or even a quartet. As a matter of fact, it’s one of the best golf games for four players who have different skill levels.

The rules are simple: the first player who manages to get to the green receives one point. Later, when everyone gets on the green, one point is given to the player closest to the pin. Then, the player who’s first to sink the put will also be given a point. In total, a player can score three points on each hole. In the end, the player with the highest score wins.

Now, let’s see those games you can play as a trio.

For starters, Skins, Stableford, Murphys, Stringball, Nassau, and Bingo, Bango, Bongo can all be played in groups of three. We’ve already discussed them above, so all you need to do is add one extra person to the equation.

This one is a bit like Skins. If you have to lowest score on a given hole, you will be the Chairman.

When two players tie for the title, the Chairman will remain the player who currently holds the position. The player who got the title the most throughout the game will be the winner.

Do you prefer fun golf games with some betting involved? Before you start playing Snake, set a bet. When a player manages to 3-putt a hole, they will be the Snake. When someone else 3-putts, the title becomes theirs. At the end of the round, the current Snake will have to pay the bet. 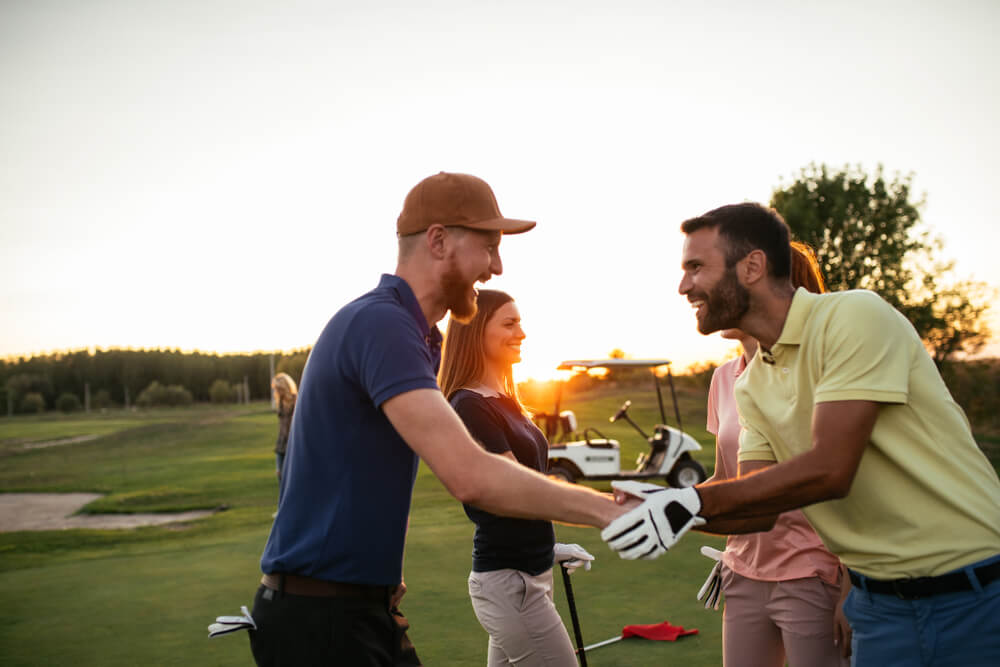 Bingo, Bango, Bongo, Skins, Stringball, Portuguese Caddy, Nassau, Stableford, and Skins can also be played in groups of four, and they are all pretty fun golf games.

Still, here are a couple of other awesome ways you can spice up golf in a group setting.

on the green, the person who’s the closest to the pin will receive three points, two points go to the second closest, the third closest gets a single point, while the furthest will get zero. By the end of the game, to person with the most points will be the winner.

Form groups of two. One of the players will tee off on odd holes while the other will do the same on evens. Following the thee shot, the two players will alternate the shots until they finish the hole. In the end, the winner will be the team which has the better score.

This game will require every player to have their own ball, and you will have to count your best scores for each hole.

This is another great golf game where one of the players is designated as the wolf, rotating with every hole. The wolf tees off last, and after everyone hits their first shot, the wolf can choose either to team up with another player or remain the “lone wolf.” If the wolf chooses to team up, the players will form two teams of two. The team where the player has the lowest score will win a point, and the other team loses one. If the wolf remains alone and manages to win the hole, they will earn a total of three points, while the others will all lose one each. Conversely, if the wolf loses, they’ll also lose three points.

Divide into two two-person teams where each member has their own golf ball. After each hole, the golfer with the lowest score will “be” the team’s score, and the higher-scoring teammate’s score will be dismissed.

The more, the merrier, right? There are still tons of fun golf games to play for larger as well. For example, Murphys, Stableford, and Nassau can all be played by up to 12 players.

Sometimes, it’s okay to let some steam off and to bend the rules of golf a bit. Golf is a serious sport that we don’t always have to take seriously.

Spice up Your Golfing Experience

Enjoying a fun game of golf with your friends on the best courses Arizona has to offer is only the start if you opt for our unlimited stay and play packages.

If you are looking for corporate housing options or just a memorable time on the best golf courses in the area, feel free to get in touch with us and reserve your luxury condo today!